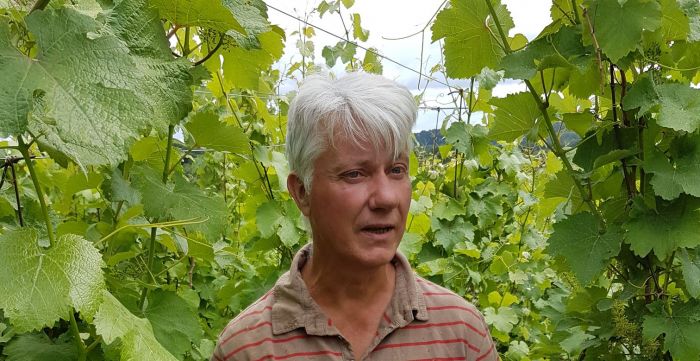 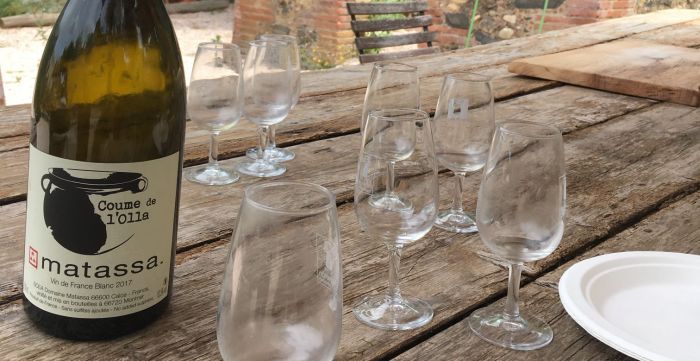 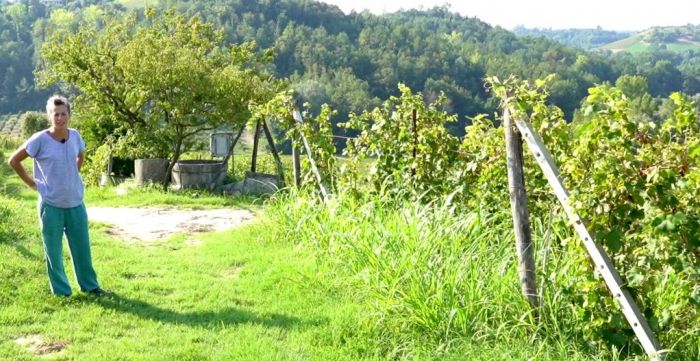 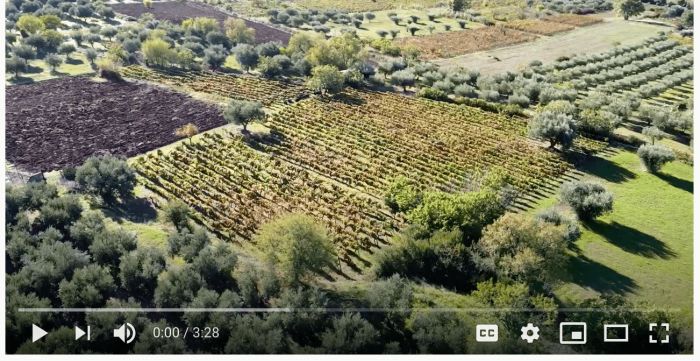 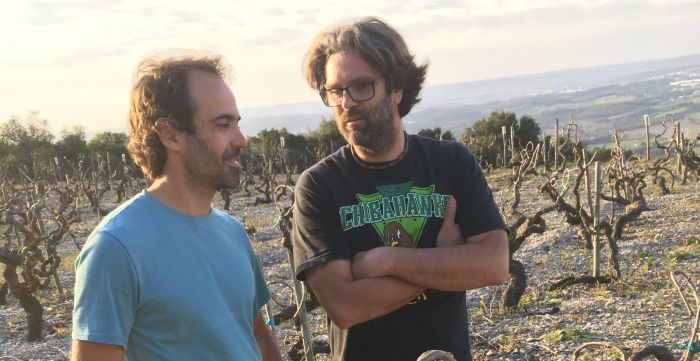 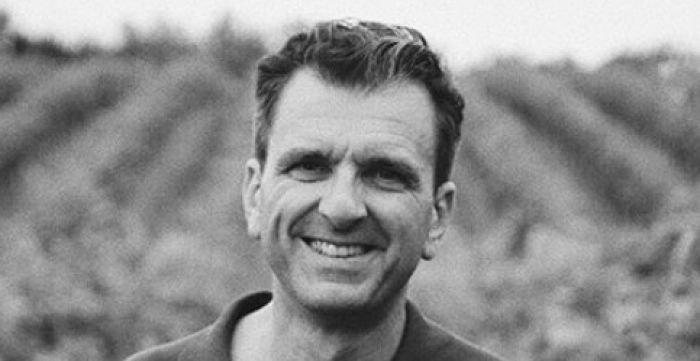 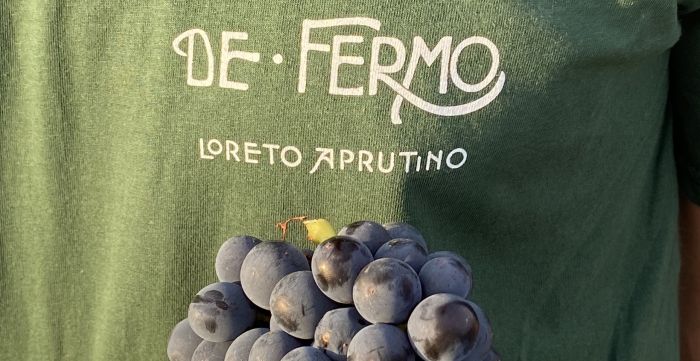 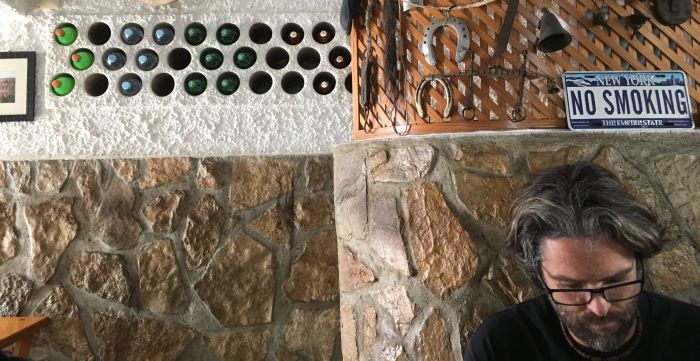 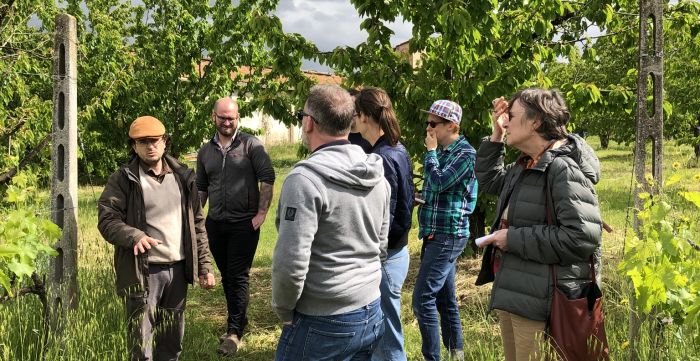 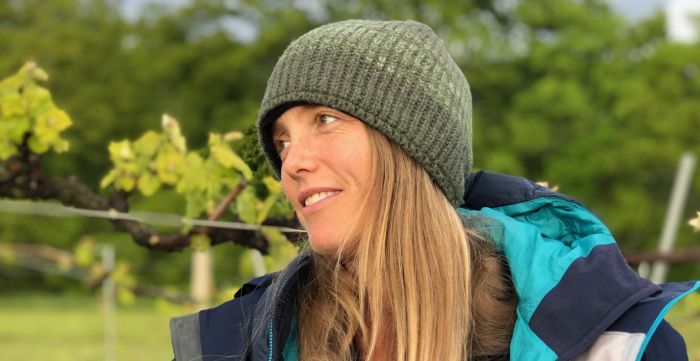 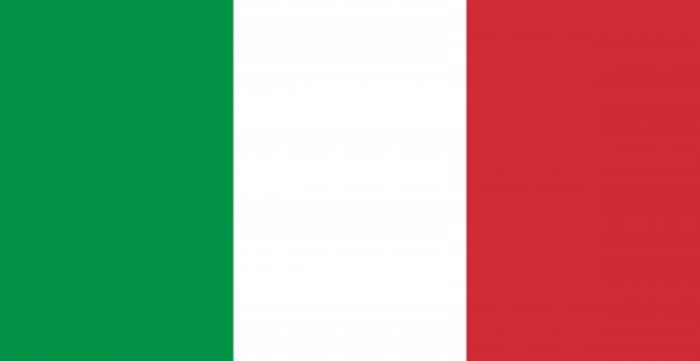 Re-reading this, I disagree with a lot of what I wrote and some of it is just flat out wrong. I think it comes from an attempt to understand Italian wine better; my French lense is very obvious in the writing. But there are also a lot of valid, good points I still agree with. And it was written from the heart of a 25 year old who'd just lost his father and who was figuring out he really wanted to do this wine thing. It was also the epilogue to the totally improvised decision to write visit recaps of our trip, often the same night of the visit. This choice would truly shape the written content throughout the 2010's to this day.

It' s been a week since I got back from Italy, and I think I know why I was having a hard time writing this until today. Recapping each day as it happened helped capture our experience. But sitting back to write my global impression of the trip, I needed a week for everything to sink in. I needed to think about it.

This trip featured two types of distinct experiences for me: the first being in the thick of things, living in the moment. I believe I've captured this in all nine parts of The Italy Chronicles (ed note: these have now become visit recaps and were the first of their kind writen for the website). The other is invariably attached to the former, but extends past the moment to shape both present and future perceptions; these are the observations (and that's all they are) I hope to deliver in this epilogue.

First of all, everyone we work with in Italy loves French wine. Angiolino Maule has three rows of planted somewhere in his vineyard, and when his son Francesco told me that they had sold three palettes to France this year, he felt it was "an honor.". I must have drank Francis Boulard at least five times as an . Elisabetta Foradori claims that drinking influenced her to make softer, less wines herself. Gian Marco Antunuzi of Le Coste spent almost a decade working with French and more or less said: "Almost all Italian wine sucks".

Does Italian wine suck? Is French wine better? The answer to both these questions is obviously no. But in the context of in Italy, it makes sense that so many of our growers are looking and finding inspiration in France. This inspiration is multi-layered, but essentially boils down to this: effectively mastering your to best express it.

Does France have better ? Do the French take more seriously? Again no, but we must remember that the concept of French wine having a "sense of place" has existed longer than in Italy, at least in the post landscape of European . Unlike Italy, where every day I discover five new grape varieties, France -who used to have thousands- began replanting ... Less grapes meant wines had to distinguish themselves by rather than . The system was put in place in 1925 while 's first appeared in 1963. All this to say that Italy's potential for quality is exactly the same, but the cultural approach to making wine isn't as focused on sense of place. Yet.

This is also NOT to say that Italians are trying to make French wine. Quite the contrary; in our visit to her , Elisabetta told us how she tried making a last year that was "undrinkable" and "disgusting". It was a fun experiment, but it ruined the wine's territorial qualities by tasting forced and unnatural. To make from soils in the , she had to find her own way to work harmoniously with nature. This means going further than not using in the vineyards and in the , but to humbly acknowledge that nature will always be more powerful than you are and that uniforming it will never work.

Unlike France, for almost everyone we work with in Italy, this is the first generation who has philosophically decided they want to work this way. So it makes sense that they'd turn to a more experienced France for help. And it also makes sense that this generation would be a more forward thinking bunch than their Northern neighbors...

It's a sign of the times. While many still lean on tradition, experience and quality in France, their has been a recent reversal in trends, where a majority of the country's third (and VERY young) generation of are so focused on how their wine is made that they are forgetting to care about how it tastes. , with no additives or is great. As long as the wine doesn't taste like  , , unintentional and .

The big trick to avoid or cover up these flaws is to make every wine ; so you are either left with wines that could be made from anywhere and from any grape or you have wines that all have the same flaws. These wines may all be  , but they also all taste the same (which is often fucked up). This is not what we are looking for as importers; to me it's just as bad as the that Joe, Denyse and Kevin have dedicated the last two decades sifting through to find the wines we now all know and love.

All this stuff: it's great for the environment, it's healthier for consumption and it takes a very strong stand against . But let's not forget that the good ones taste great! They taste great because they are unique, and they are unique because of where they come from. You're not tasting and when you drink; those are means to and end, a work ethic that best expresses where a wine comes from. These are wines of ! And Italy does not take its  for granted.

My impression was that Italy's approach to these wines is just as rooted in tradition as France, but with a more progressive attitude towards smarter, better work. This is not to knock the French: things guys like Eric Texier and Didier Barrouillet are doing with science, what Alexandre Bain is doing with or what Michel Augé is doing with(out) is great, great stuff that confirms why France remains the "capitol" of .

And just like France, where started making in the early 80's to maintain a tradition that they believed best expressed their (thanks to generations of know how) all while giving a big fuck you to , this first generation of Italians have stopped and asked themselves "Why has it always been done this way?" and "Why does it make the wines taste better?". But unlike France, where in some cases -and mostly from this current generation- people tend take their for granted, the Italians we visited seem to be all asking themselves: "This is great . What can I do to make it even better?"

Most of our growers are learning as they go along, by using methods linked to a rich past of tradition and know-how, but also by constantly reevaluating their work through personal, scientific experimentation and research; they respect tradition but don't fear moving forward by creating new ones, as long as the work is natural and the wine is good. working this way are fewer than in France, but their dedication and passion to working as naturally as possible, both in an environmental and qualitative context, is very impressive.

Changing to better suited vine-tending methods (Maule, Foradori, Montescondo, Le Coste), associations like who fund soil research in hopes of ridding it of and , harvesting at optimal (i.e earlier), experimenting with various methods of fermentation and in the , and different grapes in ways they never have been, not using any : none of this is very traditional, but all of this leading to clean, natural and unique wines of that wouldn't exist if these efforts weren't made.

For example, for years Elisabetta Foradori wanted to make a lighter, brighter wine from , a typically fuller and more grape. She tried a , but that didn't work. She easily could have earlier (lower % potential), the wines less or even have added water. Instead, she began using . Yes, one could argue that wine is the original and most traditional way of making wine, but this predates it being made in Elisabetta's region. So instead of using (which can only draw out more structure from the ) or settle with the neutrality of , she decided to try , which adds freshness, brightness and lightens the wine's body. It's why so those wines taste so good, and it's why she has decided to make all her whites in as of 2011.

Maybe in 100 years, this will be the traditional way of in the Dolomites. Maybe in 50 years, that "" planted in by Silvio Messana will yield the best fruit in . Maybe in 10 years will have discovered what causes and eliminated it, thus rendering and in the vines obsolete. Maybe next year, one of our completely free producers will have mastered it.

I don't know if any of that will happen. But I do know that none of it could happen at all if it wasn't for the people we visited, not just this trip but those we have been working with for the last 23 years. So much has happened with European wine in the last 30 years, but 30 years is nothing! It took 30 years for and the complete industrialization of winemaking to turn its back on a millenia of work and tradition. It also took 30 years for people to take a stand against this, a stand we are proudly committed to. We are at a point in time where more and more people also taking this stand by making these wines, as is the consumer by drinking it. It's in everyone's best interest that we keep this going.

We must always respect nature. If nature has proved us one thing, one "tradition", it's that you work with it and not the other way around. Every time we goes against nature, we lose.

Yet nature isn't trying to be our enemy. It's not trying to hide anything from us or play games: it's all right there, in our faces everyday. If you respect it, work with it, understand it and love it, nature will give you everything you need.

And some pretty fucking good wine too.